For the last few weeks, the Kennedy Center for the Performing Arts has been hosting a festival of Irish culture, celebrating the hundredth anniversary of the Easter Uprising. I was privileged to attend the final concert last weekend; it was an amazing celebration of raw creative power.

The featured artists were William Close & The Earth Harp Collective. Close is a performance artist and musician who has invented more than a hundred instruments, three of which were on stage that night. One was an electric bass player that resembled the helm of a Klingon starship. The second was a "drum jacket" -- a wearable blazer with percussion pads on every surface, so that you could make a credible percussion section just by slapping parts of your torso. The final one, which drew me to the concert that night, was the Earth Harp. It was an immense instrument, consisting of a table-sized base with thick metal strings, which were anchored, each installation, in architecture. Sunday night, they extended to the balcony of the theater, but Close had chosen much more audacious anchors in the past: the tip of a skyscraper, the Coliseum, even geological formations, grounding the music in the earth itself. The first one had been built across a valley, and I was stunned by the audacity of it: giving the earth a chance to sing.

Close told us a bit about developing it: ending his time in art school with strings crossing every available space in his apartment, realizing that you could play them if you dipped your hands in rosin and stroked the strings. I wondered how long it had taken to come up with the final idea, how many times Close had to fail to get there.

Because I'm sure he did. Failure is part of any creative work: the painting that cannot yet capture the idea, the player who breaks down in the middle of the fugue, the preacher who just can't find the words she needs to say the things she needs to say. There is no way to create a hundred instruments without making some clunkers along the way.

Jesus spoke some words about all this. He told a parable about a man who has a friend. And the friend knocks on his door at midnight and begs for a loaf of bread, explaining that he has unexpected guests, and nothing to offer them. And Jesus says, "I tell you, even though he will not get up and give him anything because he is his friend, at least because of his persistence he will get up and give him whatever he needs." (Luke 11:8)

There is a moment in this story that often gets glossed over, because we are always eager to get to the comfort at the end of it. We need to hear that God will give us what we need, when 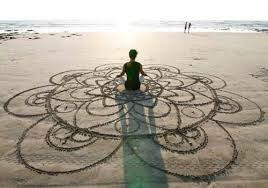 we need it. But before that, there is the friend, facing an unforeseen occurrence with nothing to offer. No bread, no meat, nothing.

So often God's call comes to us like that, comes to us when we seem to have nothing. That zero point turns us away from ourselves and toward God. Thomas Merton called it the point vierge, and he described it like this: "Again, that expression, le point vierge (I cannot translate it), comes in here. At the center of our being is a point of pure truth, a point or spark which belongs entirely to God, which is never at our disposal, from which God disposes of our lies, which is inaccessible to the fantasies of our own mind or the brutalities of our own will. This little point of nothingness and of absolute poverty is the pure glory of God in us. It is so to speak His name written in us, as our poverty, as our indigence, as our dependence, as our sonship. It is like a pure diamond, blazing with the invisible light of heaven. It is in everybody, and if we could see it, we would see these billions of points of light coming together in the face and blaze of a sun that would make all the darkness and cruelty of life vanish completely…. I have no program for this seeing. It is only given. But the gate of heaven is everywhere."

And at the other end? At the other end of our prayers and our sweat and our fear and our perseverance is the very gate of heaven. The place where we break through to what is true and real and good, to the bread that gives life forever. My prayer for you today, for us today, is that we will find that place, live from it, and honor it in one another.