A President and a novelist meet for an interview in Iowa. Not so unusual – except this time, it’s the novelist being interviewed. Such was the case last fall when President Obama sat down with author Marilynne Robinson for The New York Review of Books (transcripts published in the 11/5/15 and 11/19/15 issues). As a raging bibliophile and fellow Robinson fan, I’ll admit my curiosity was piqued. Might my bookishness have some redeeming social value as well?

It turned out to be a wide-ranging conversation on democracy, Christianity, and the difficulty of finding common ground in our public discourse. I was particularly struck by the President’s comments on the value of reading novels as a skill of citizenship:

“When I think about how I understand my role as a citizen, setting aside being president, and the most important set of understandings that I bring to that position of citizen, the most important stuff I’ve learned I think I’ve learned from novels. It has to do with empathy. It has to do with being comfortable with the notion that world is complicated and full of grays, but there’s still truth to be found, and that you have to strive for that and work for that. And the notion that it’s possible to connect with some(one) else even though they’re very different from you.”

This came to mind as I considered my own penchant for exploring obscure biblical characters in sermons – be it Elkanah and Hannah, Elizabeth or Ananias. Why delve so deeply into these ancient stories when the present screams so loudly at us? Partly it is because of Scripture’s abiding power to reveal not just God to us but us to ourselves. There is nothing human that cannot be found somewhere in the Bible. Sometimes a story can tell the truth with just enough slant (to paraphrase Emily Dickinson) that we’re able to hear God’s current message of both comfort and challenge with grace.

But I think these character explorations, be it in novels or sermons, can help to develop other skills as well – the ability to see faith questions from perspectives radically different from our own, for instance. If we can glimpse the image of God in figures who live oceans and millennia away from us –who share neither our language nor our culture, maybe we’ll have better success in seeing it in those who are across the aisle.  If we can understand their choices even when might legitimately choose otherwise, perhaps we could learn to extend that latitude to those with whom we disagree. Such acts of holy imagination will not always lead to agreement on issues of deep contention, God knows; but they could help lead to peace. 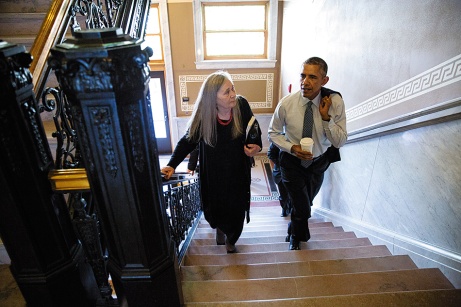 I usually do not drop a comment, but I read a few gdkceedgcffedkec