From Thomaston, Maine, that is, whence on the day after Christmas Jonnie Sue and I headed on the early (3 15 a.m.) Amtrak to spend, as is our wont, the week between Christmas and New Years with our daughter, Emily, whose birthday falls in that week on the feast of Thomas Becket, and her husband, Peter. 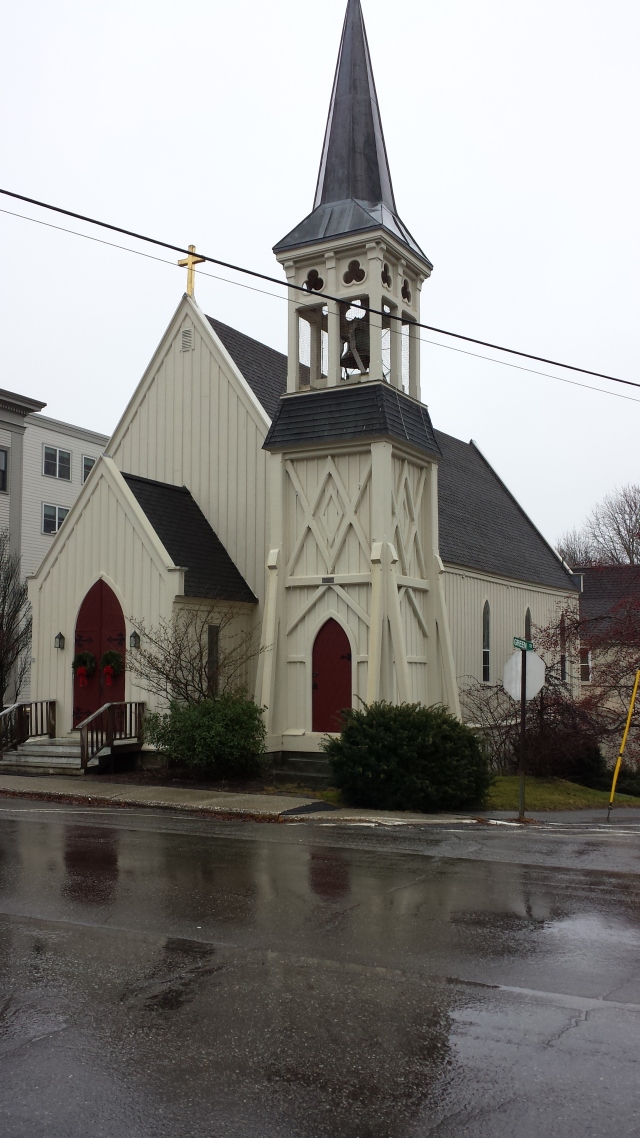 the church is beautifully, completely and correctly appointed, including Stations of the Cross (all 14), a sanctuary lamp, and six candles on the reredos in addition to the Eucharistic candles on the altar.

Even though I’ve been there when Emily was a lector, when she read the epistle to the Galatians this Sunday I was so full of joy to be there that tears welled up momentarily. 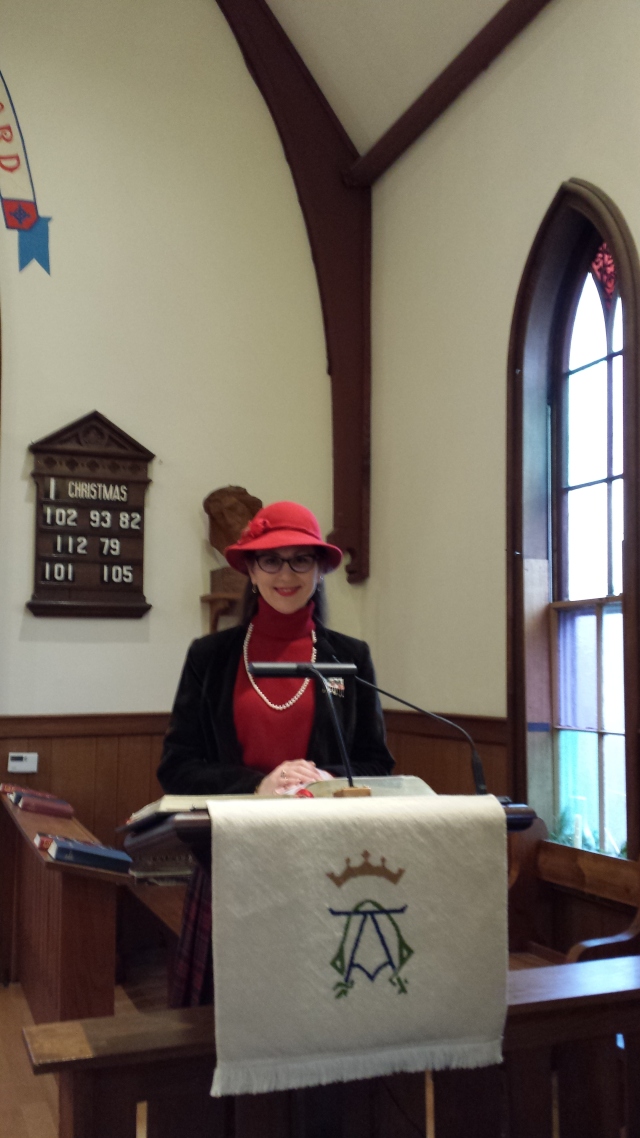 (And, no, I did not take that picture during the service.)

Among the pleasures I enjoy on our visits here is finding something to read from their large and eclectic book collection.  This time there was an ancient volume of poems by John Greenleaf Whittier.  I vaguely remembered one of his from college literature survey courses, “Blessings on thee little man.”  I connected this time with Whittier’s many anti-slavery poems, most of which are inspired by actual events of the time.  The wonders of the internet are such that I don’t have to quote any of them for you here.  You can just Google something like “Whittier poem”  and a title.  Here are some:  “Clerical Oppressors,” occasioned  by this report in the Charleston, South Carolina, Courier of a pro-slavery meeting: “The CLERGY of all denominations attended in a body, lending their sanction to the proceedings, and adding by their presence to the impressive character of the scene.”  Here’s the link:  http://www.bartleby.com/372/238.html or you could google “Whittier poem clerical oppressors.”

Here’s one to look up.  “The Christian Slave,” inspired by a slave auction in which the woman being auctioned was recommended to the bidders as “A Good Christian.”  Google “Whittier poem christian slave”

I especially liked “The Yankee Girl.” Though no specific incident is cited as its inspiration, it does capture the northern attitude.  Google “whittier poem yankee girl”.

But enough of that.

Last night, Thomaston got its first real snowfall of the year.  There had been an earlier little dusting, but not enough to count.  We’ve just had a leisurely breakfast.  The chickens were fed earlier. The birthday gifts have been opened, including artwork from Emily’s nieces, Catherine and Rose in Maryland, 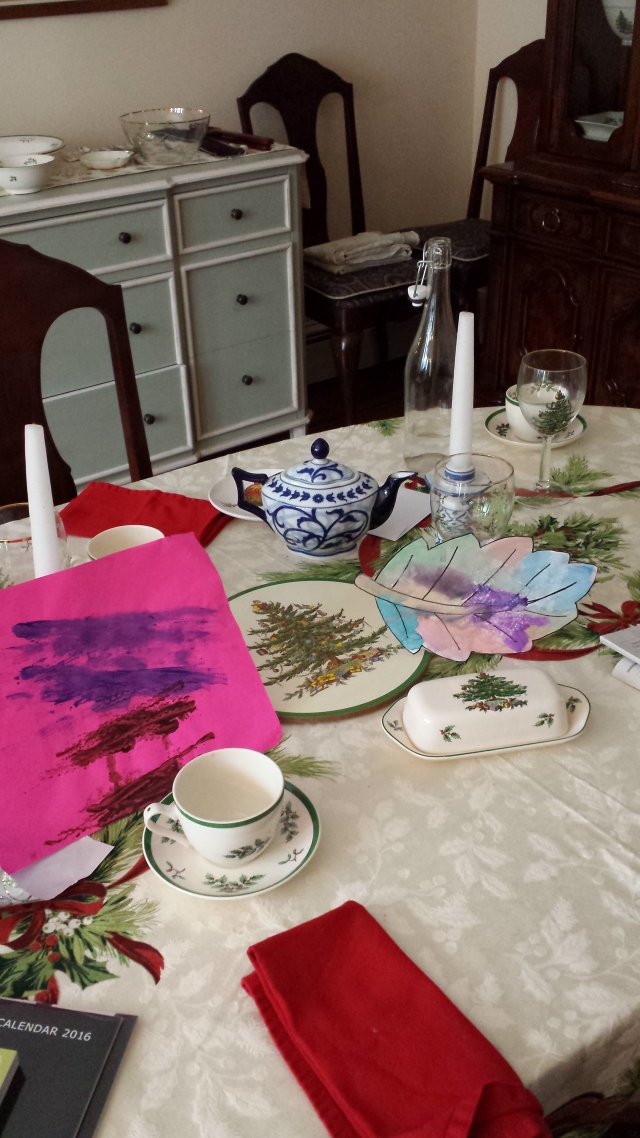 and we’re settled in for a quiet winter day watching the snowfall.