“It helps now and then to step back and take a long view.” So begins one of my favorite prayers, commonly attributed to the late Archbishop Oscar Romero. The psalm appointed for Morning Prayer today tries to do just that.

Psalm 102 starts the way many psalms do, with a plea and a complaint. It would be tempting to deem it whiny and move on, if only it weren’t so beautiful. The psalmist starts by looking at how his own days are spent. (I’m guessing it’s a he. It fits for “she” as well.) He says that his days “drift away like smoke.” They “pass away like a shadow.” He feels “like a vulture in the wilderness,” “an owl among the ruins,” “a sparrow lonely on a house-top.”

In less poetic terms, he’s not sleeping. He’s losing weight. He forgets to eat. He knows his days are numbered - yet despite their apparent misery he only wants more of them. He prays, “O my God, do not take me away in the midst of my days.”

It’s strange what brings us comfort in these moments. For the psalmist, it begins with hope for his people. He can’t fully separate his own pain from that of his community. The psalm appears to be written shortly after the Babylonian exile, when the people have finally returned home to Jerusalem – only to find it in ruins just as their conquerors had left it. Going home, it must have felt as if time had stopped – that progress was an illusion and they were right back where they started.

The psalmist can’t quite find hope for himself yet, but he can find it for his people. He’s remarkably bold in telling God how it’s going to be: “You will arise and have compassion on Zion, for it is time to have mercy upon her…for your servants love her very rubble, and are moved to pity even for her dust.”

He reminds himself of what God is like: “He will look with favor on the prayer of the homeless; he will not despise their plea.” If that’s true for other people, he thinks, maybe it’s true for me too. My feelings are not the only measure of this situation.

He also takes some comfort in the generations to come, saying that “the children of your servants shall continue, and their offspring shall stand fast in your sight.”

But his greatest cause for hope isn’t in the promise of God’s compassion or that of future generations; it’s in God’s eternity. “I wither like the grass. But you, O LORD, endure forever…In the beginning, O LORD, you laid the foundations of the earth, and the heavens are the work of your hands; they (meaning the heavens) shall perish, but you will endure; they shall all wear out like a garment; as clothing you will change them, and they shall be changed.”

If the heavens change, then we can expect to be changed as well. The moment, no matter how painful, is not all there is. We can’t see the frame in which we exist. This kind of comfort is more than “this too shall pass.”  It is trust that whatever is beyond our vision is worth waiting for – because God is already there too.

Or as the prayer that has helped to sustain me for the last 20 years puts it:

“The Kingdom is not only beyond our efforts, it is beyond our vision. We accomplish in our lifetime only a fraction of the magnificent enterprise that is God's work. Nothing we do is complete, which is another way of saying that the kingdom always lies beyond us…We cannot do everything, and there is a sense of liberation in realizing this. This enables us to do something, and to do it very well. It may be incomplete, but it is a beginning, a step along the way, an opportunity for the Lord's grace to enter and do the rest.
We may never see the end results, but that is the difference between the master builder and the worker. We are workers, not master builders, ministers, not messiahs. We are prophets of a future not our own.” 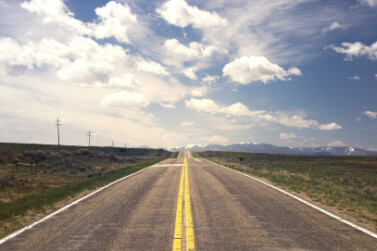 You've captured many of my thoughts from this morning -- you must have been there in spirit -- thanks for articulating them.