It’s a bit bouncy for Lent, isn’t it? Our sequence hymn, that is – the one between the second reading and the Gospel in our later Sunday services. We’ve been working our way through Hymn 145 one verse at a time these first five weeks of Lent. Both the tune and the words can bring us up short.

We know what to expect from church in Lent, and generally, our Scripture readings have delivered. We’ll have the mirror put up to us – our temptations to go cheap for power, our spiritual obtuseness and unquenchable thirst. And just as we’re steeling ourselves for another moral scouring, we get a sprightly French Christmas carol with words like these:

Easy enough for Percy Dearmer (our lyricist) to say; he didn’t live in these days, where every morning seems to bring a new cause for alarm or shame. No, he lived through World War I instead – giving up his cushy parish gig to become a Chaplain to the Red Cross in Serbia, where he lost his first wife to fever. Later, upon becoming a canon at Westminster Abbey, he promptly used his prestige to set up a canteen for the unemployed there. He had no problem putting his time and money where his mouth was.

It was a surprise for me to read this about him. I knew him only as the author of The Parson’s Handbook, a somewhat crusty tome given to me by my first boss when I first became a priest.  It offers no shortage of highly specific opinions on how worship should be conducted – what ought to be done and what clearly ought never to be done.

Perhaps it shouldn’t have surprised me that someone so concerned with beautiful worship would have a social justice streak. The two aren’t mutually exclusive. In fact, it’s often in pursuing a more just, peaceful world that we catch our truest glimpses of God’s glory. As he writes, the goal of Lent is not to rend the soul – “but to be led to where God’s glory flashes, his beauty to come near.”

How do we do that? How do we “make clear where truth and light appear”? Dearmer borrows from Isaiah 58:1-12 for his answer.

We thought we’d savor this hymn this year – let it reshape how we think about Lent. Perhaps the point isn’t spiritual calisthenics or fearless moral inventories – as important as both of these things are. Perhaps they’re both just warm ups for the real work of walking the way of the cross and putting our faith into action. To what end? I’ll give Percy the final word: 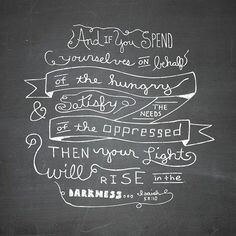 Oh bless you! As I struggle with my Lenten book, this is really helpful.

Deceptively simple lyrics, aren't they --- "Arise, arise, arise! And make a paradise!" Like a beautiful fairy tale, brave and emotional. Dearmer's lyrics throw caution to the wind and dare us to do the same.