Daily Cup readers know that I'm a music lover.  A couple of months ago I bought tickets (thank you Lisa Sams for telling me about this!) for a concert that to me would be legendary.  Not only would I see some of my favorite musicians play in a small venue together (GW's Lisner auditorium), I got to see them playing a concert with all profits benefitting refugees around the world.

The tour was called LAMPEDUSA, named so because people fleeing their homes and countries in North Africa often pass through Lampedusa, a tiny Island off the coast of Sicily that serves as a waypoint in a refugee's search for safety.  Pope Francis visited Lampedusa in 2103 after an incident in which refugees traveling toward Lampedusa in a fishing boat drowned at sea while clinging to tuna nets.

The Jesuit Refugee Service created the LAMPEDUSA tour and the show we saw at Lisner last Friday was the tour's concluding performance.  We walked away from the concert feeling so obviously conflicted (moved and disturbed and entertained all at once) but so blessed to have seen iconic musicians use their gifts in the name of God (who was mentioned more than once last Friday night).  But we also left Lisner with tears inspired by one very unanticipated gift:  A cross.

The small handmade cross we left with was fashioned by Italian artist Fransesco Tuccio. Tuccio made hundreds of these crosses using wood he collected from the remains of the fishing boat that washed ashore after the tragedy in 2013.  Our hearts heave with the reality that the pieces of that boat were in our hands Friday night, and yesterday and today, have been resurrected by an artist in the image of the only hope we have...

Here are some pics and a video with Robert Plant, Emmy Lou Harris, Steve Earle and others... 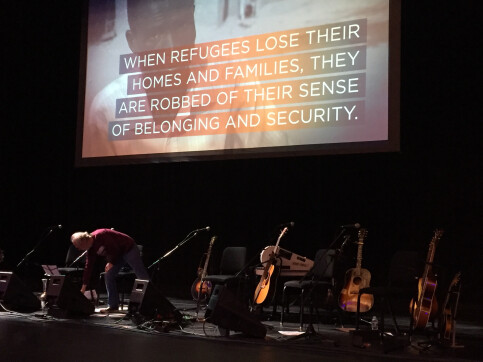 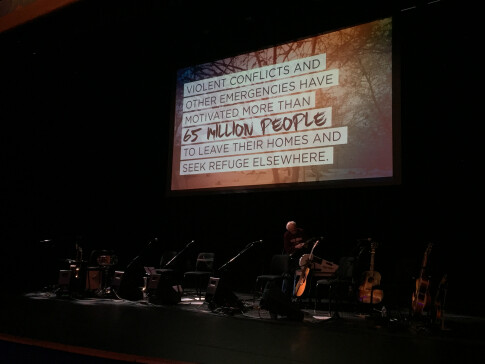 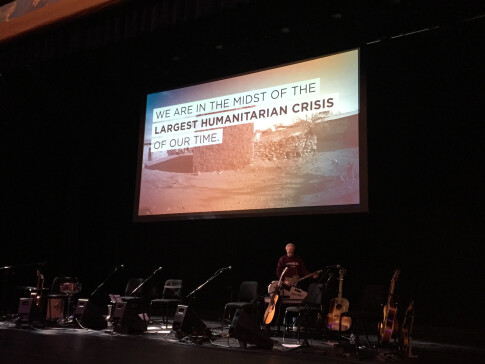 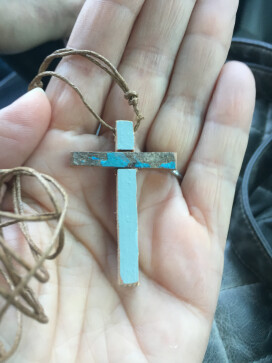