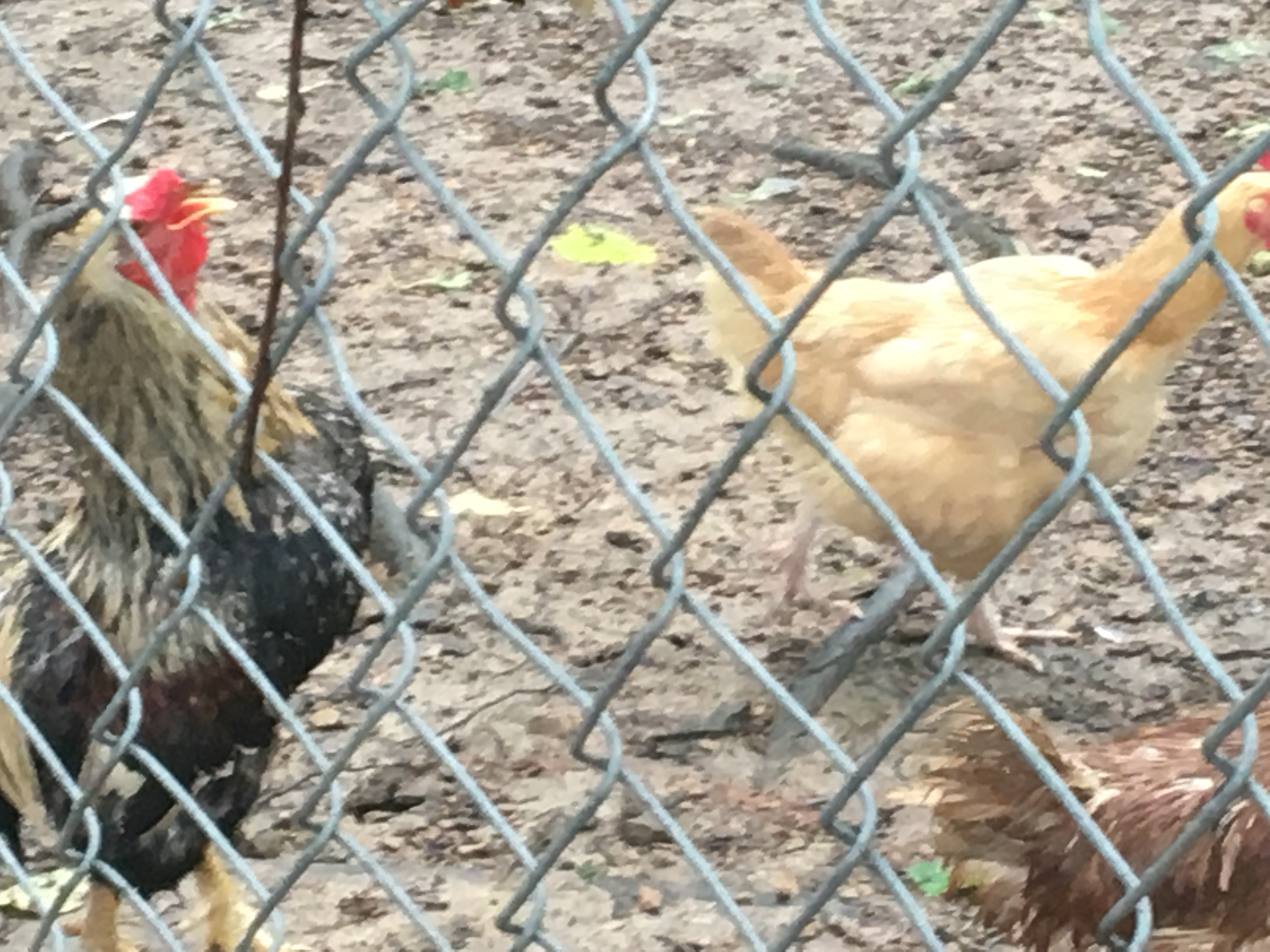 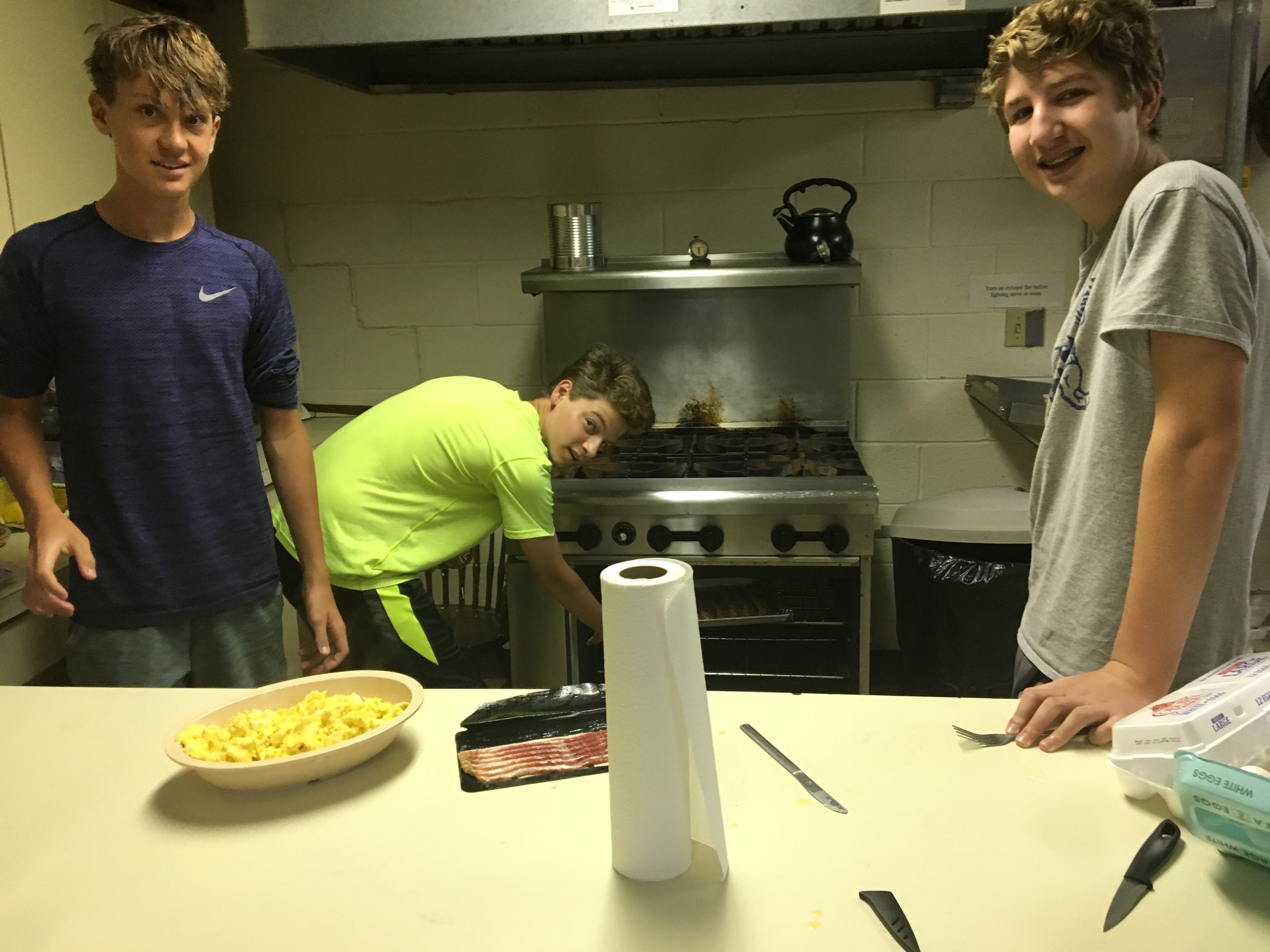 Our last day began with the boys cooking bacon and eggs for breakfast. We finished up such tasks as we could in torrential rain and then were treated to a talk distinguishing Appalachian Religion from Religion In Appalachia: Independent Baptists, King James Bible, Snake Handling and the like. Old line denominations are ‘outsiders’ and not necessarily accepted. We pass five Baptist churches on our way up Barnes Mountain from Irvine. Apparently, some of them are, in effect, family churches with splits over such things as whether or not it is permissible to use music in worship.

As I thought about the driving we do up and down the mountain, I realized how many houses had ‘above ground’ swimming pools. The mystery of the pool supply business is solved!

There was a fair amount of ‘filling time’ today in the rain. After gathering all the tools we had used, we returned them to the trailer that Bryant pulls behind his large pick up truck. Lunch followed and we tried to use all our left overs—hot dogs, steak sandwiches, the last of the cold cuts and so on. Then instructions about the community supper and off to Ella with her new bookcase.

Some of us had met her and her grandson, Shane, last year. She continues to home-school him, afraid of the drugs available in the local schools. This year, his father is back in the picture although we did not meet him. Apparently, this is a really good thing. Shane (father) keeps a puppy in a cage outside the house and Shane (son) continues to be proud of his chickens.

The rest of the afternoon saw some of the team napping and others making a trip into town to the “Pickers Paradise”—an antique store of sorts. (I found a small cast iron skillet for $8.50)

Our final dinner was prepared, served and cleaned up by Bryant Kibler--a true Servant Minister. I’m not certain if we were joined by members of the community or if they simply included us but Wilma and Edith came first. They both work on decorating the interiors of the caskets we build. 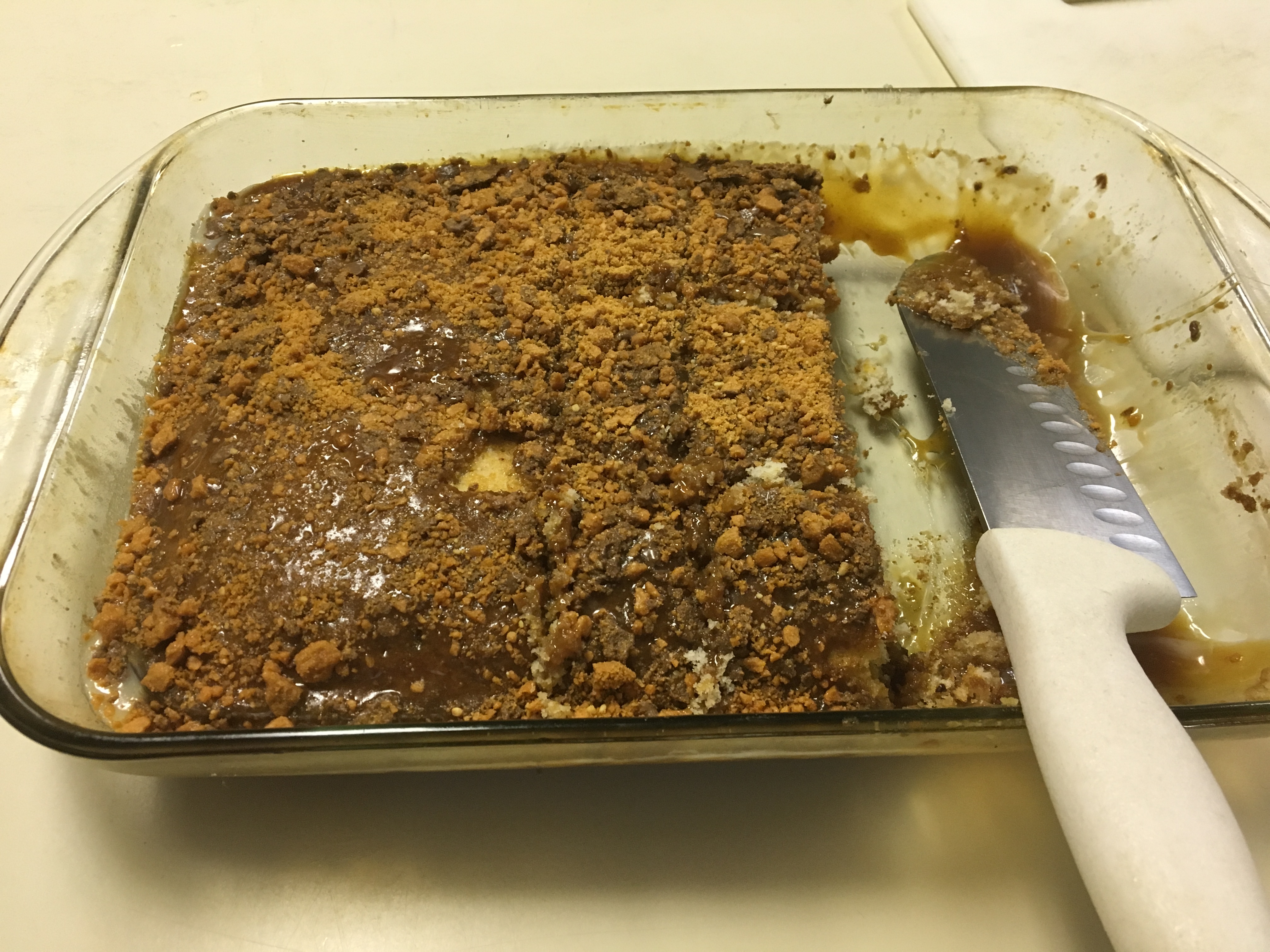 Edith also brought the Butterfinger Cake, an impossibly sweet confection. You can find the recipe on the internet; here's one version. Ella came with her grandson, Shane, and they were also engaged and engaging. The conversation was wide ranging but we were struck by how graceful they were in sharing their stories of the one-room school house, the walks in the snow, the many people they have loved who have died, the physical proximity of family and others they have known all their life.

Our final Compline included the song, “We are one in the Spirit,” a reading of the Great Commandment, the wonderful prayer of Thanksgiving on page 836 of the Book of Common Prayer, and lots of appreciation for those who have made it possible for us to be here and for  the week we have shared.

(Read about the rest of the week here, and see a gallery of photos here.)

It was wonderful having you with us this week. Such a great group of young people and the adults who worked with them.