Alban Life - It's Not About the Destination... It's About the Journey

It's Not About the Destination... It's About the Journey 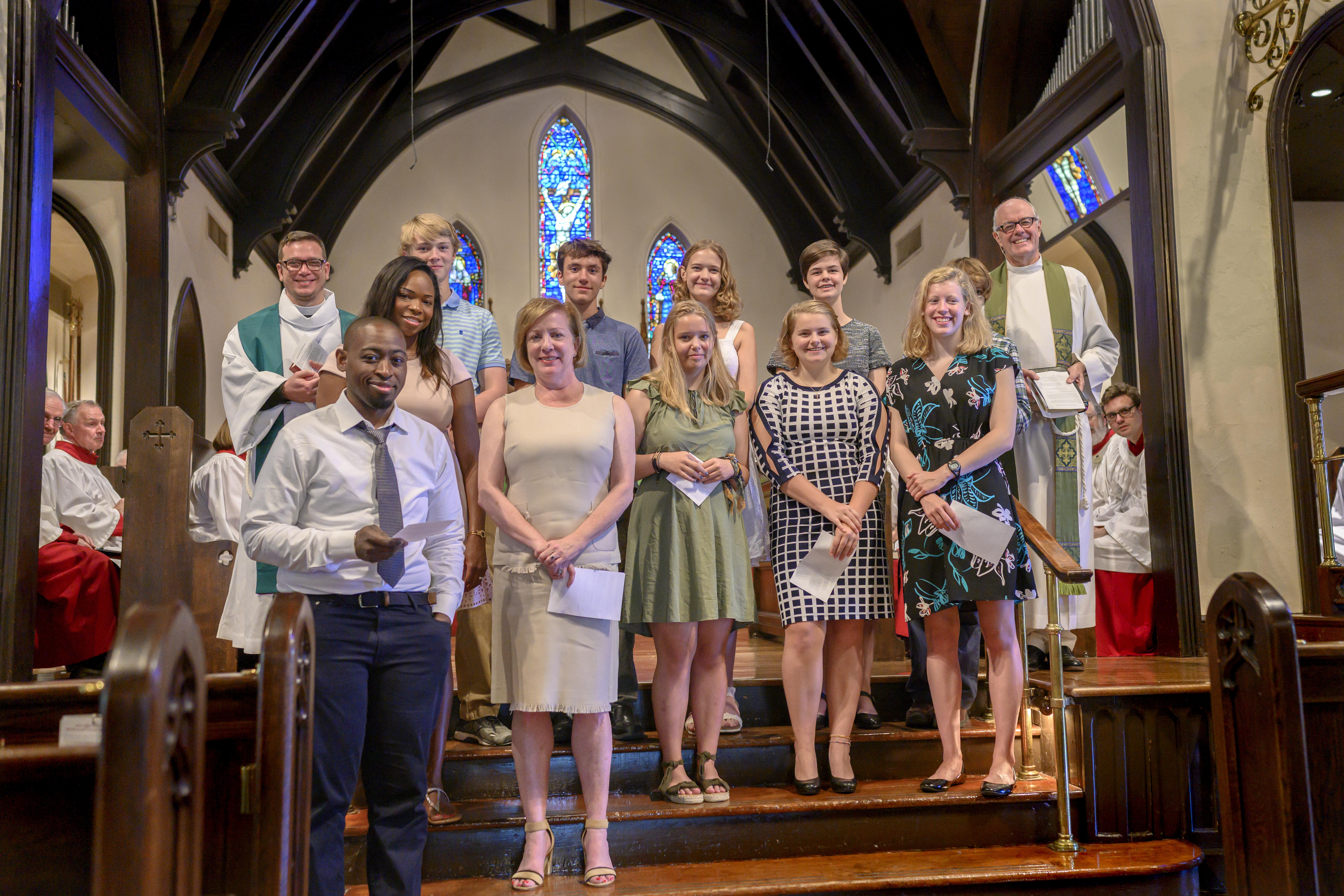 Posted by Griffin Beronio on August 07, 2019 with 5 Comments 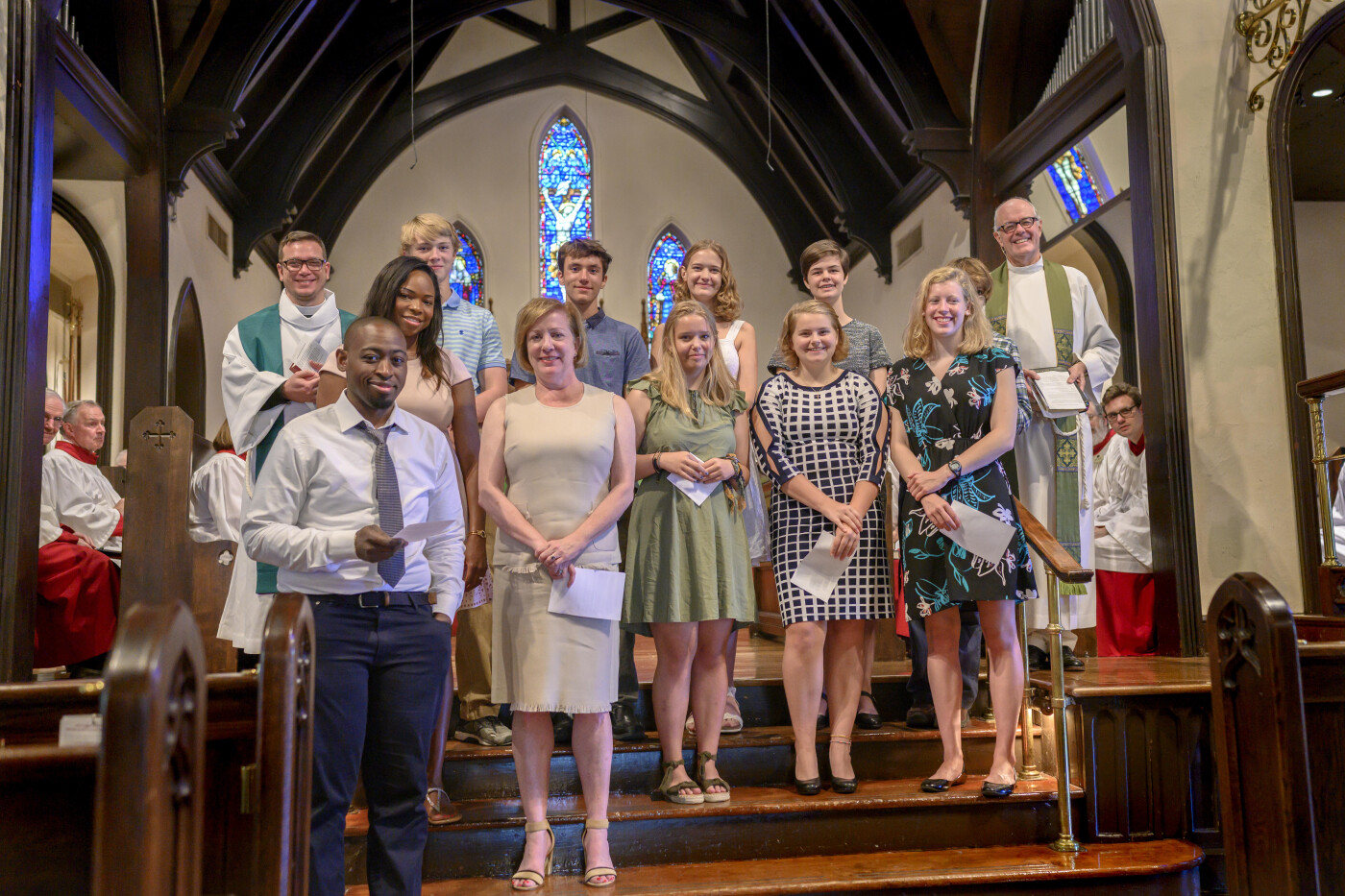 On Sunday, August 4, 2019, a group of men and women were commissioned by Saint Alban’s Episcopal Church to travel to Greece and be immersed in a spiritual experience for 10 days. This pilgrimage to Greece was planned meticulously to serve as an impactful learning experience for an extremely fortunate group of youth at Saint Alban’s.  Today was a momentous day for our group of ambitious pilgrims!

The voyage began at 11:00 AM, Tuesday morning, when we assembled at Reagan National Airport, and checked in for the flight. Spirits were high, and a feeling of general optimism and excitement was shared throughout the group as they looked at the estimated departure time for the Delta Airlines flight to New York we were scheduled to board at approximately 1 PM.  All the plans seemed to be falling together perfectly, and it was right when we reached our gate when disaster struck.  Our flight to New York, which had originally been listed as on time, was delayed 2 hours!  This 2-hour delay may not have been the end of the world if New York were our final destination, however New York was just a 2-hour layover stop on the way to Athens. Under extreme pressure, and battling the clock, the fearless leaders of the pilgrimage, the Reverend and Mrs. Geoffrey Hoare, were able to schedule a connecting flight from Chicago in the nick of time.  A sigh of relief washed over us, and the amount of gratitude we felt toward our leaders and toward the Lord God was both immeasurable, and verbally inexpressible. The flight to Chicago was swift, and the connecting flight to Greece was relaxing as we watched night turn into a day full of adventure and new experiences.

The striking beauty of the Aegean landscape was evident from the moment the plane dipped below the clouds.  Towering mountains seemed to rise directly from the Mediterranean, setting the scene for all the ancient Greek Myths that are so widely known today. After a smooth landing, and a swift entry through customs, we met with our tour guide, Brent, who guided us to our hotel in the city. Gorgeous views of Athens from the high road on the hill were visible on the drive into the city, and some of us even spotted ancient ruins.  After checking in and briefly getting settled, we headed out again, this time to the Athens Archaeological Museum.  The streets of Athens differed greatly from the familiar sights back home in Washington, DC.  Lively, Petite shops and restaurants lined the narrow lanes that lead to bustling narrow streets, frequented by cars and locals riding motor scooters.  The Walk to the museum itself included a look back into history, due to the numerous sites where ruins could be observed in the middle of more modern, urban communities.

The Athens Museum of Archaeology was an amazing conservatory of sculptures and pottery from ancient Greek civilizations.  The museum included descriptions of every item on display and provided an accurate estimate of their dates of creation.  The works fascinated the pilgrims, who marveled at the amount of time the fragile-looking masterpieces had existed. Many of the sculptures were said to have been chiseled into shape thousands of years ago.

After leaving the museum the sun was noticeably lower in the sky, and most felt that it was time for dinner.  The final meal of the day was served back at the hotel and included a variety of delicious, traditional Greek dishes to choose from.  After we finished our food, The Reverend led an impactful, yet soothing prayer session in the garden of a nearby church, that helped the group wind down after a very eventful day.  Following the reflection, we were allowed time to explore the neighborhood, as long as we adhered to the buddy system, and a group of us visited some of the quaint shops and establishments near the hotel.

The first segment of the pilgrimage was overall, majorly successful, and we dealt with any rough moments of the journey with poise and strength.

Thanks be to God always and forever! 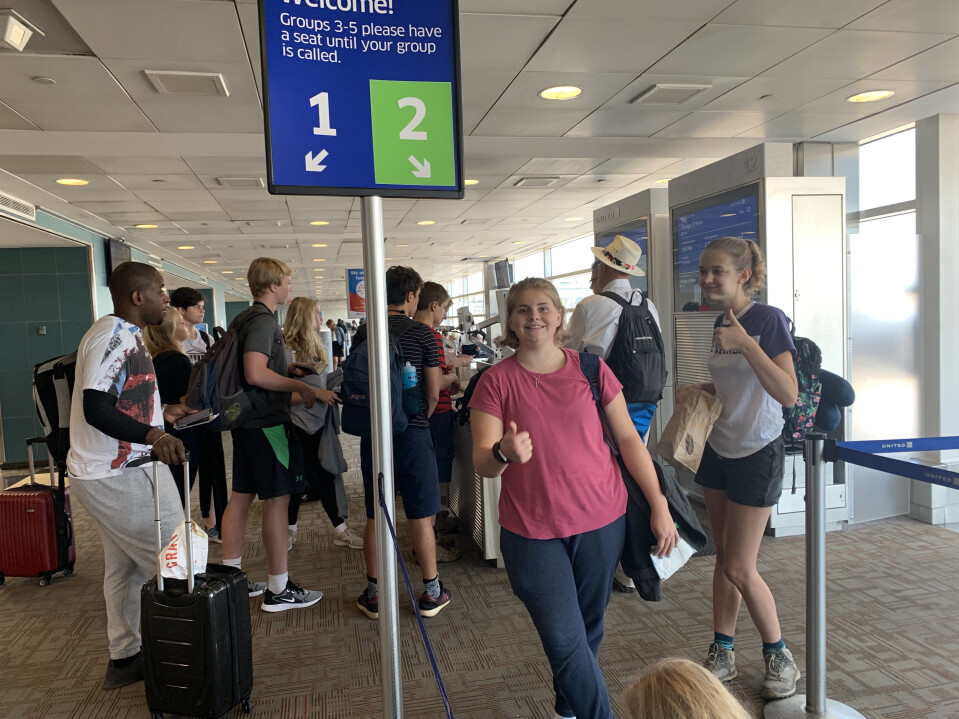 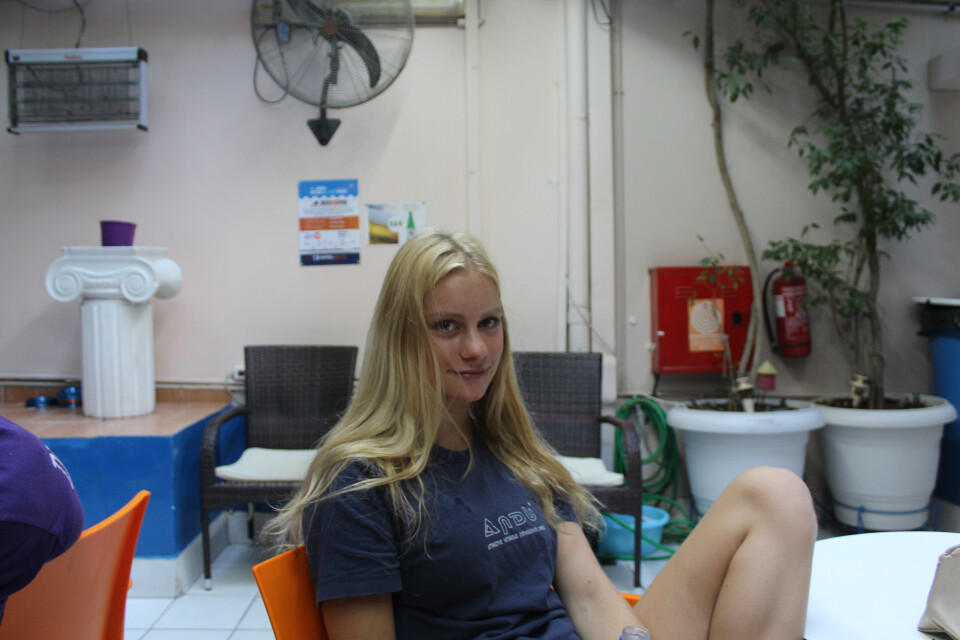 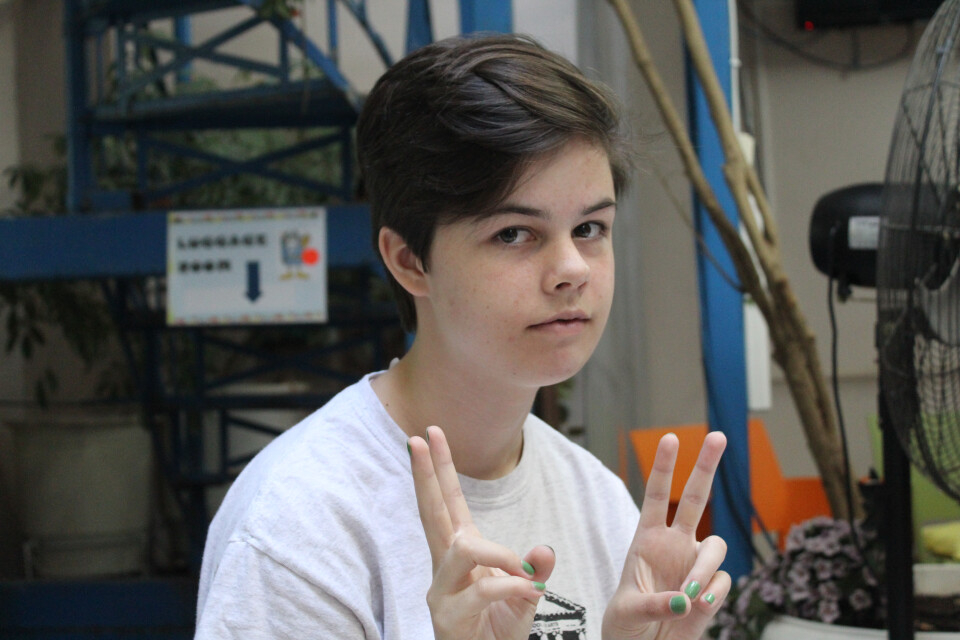 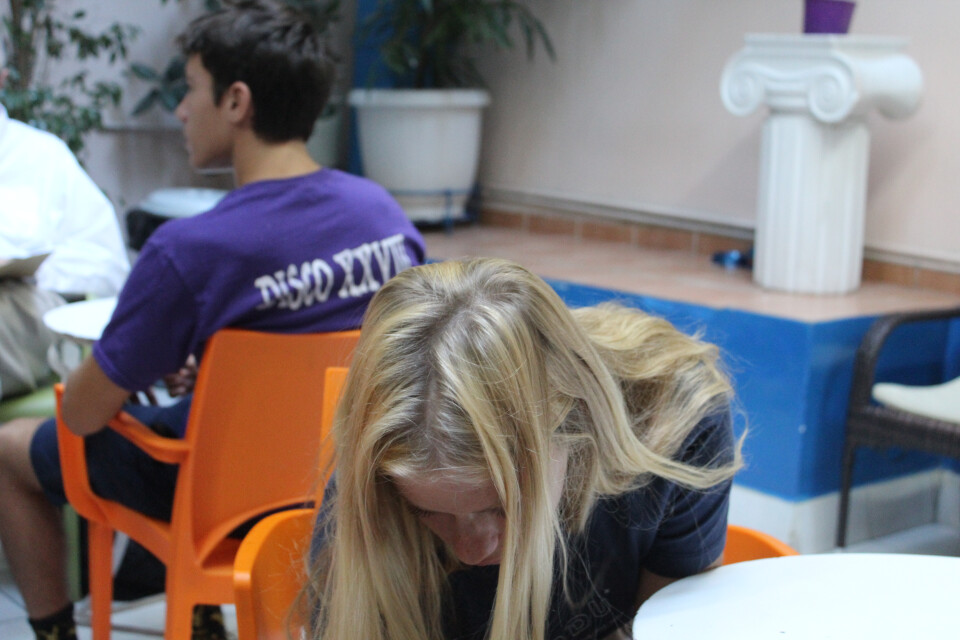 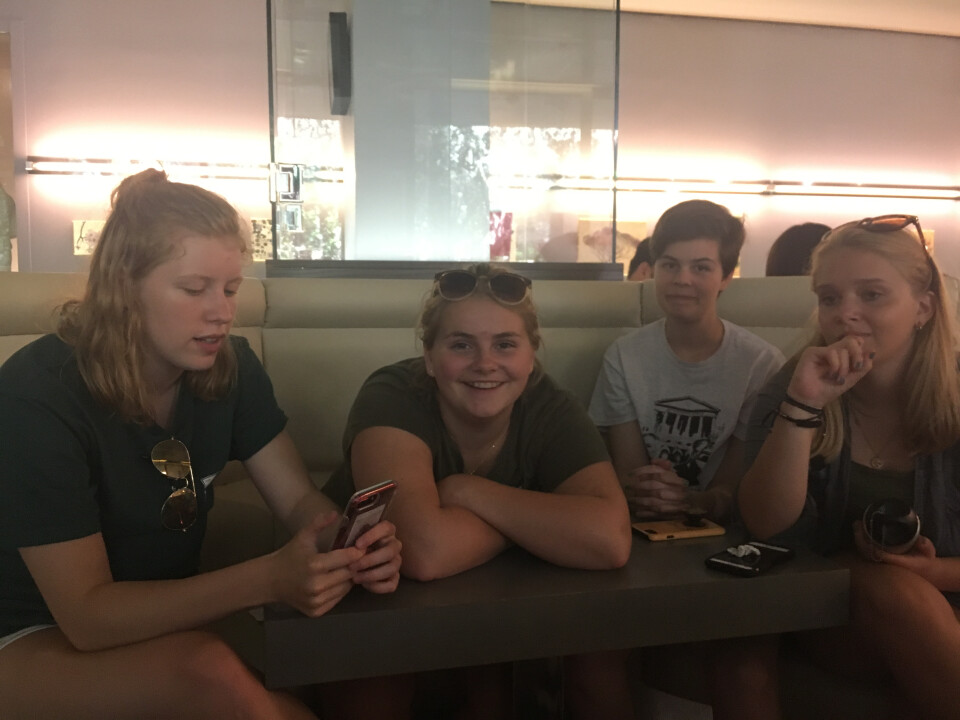 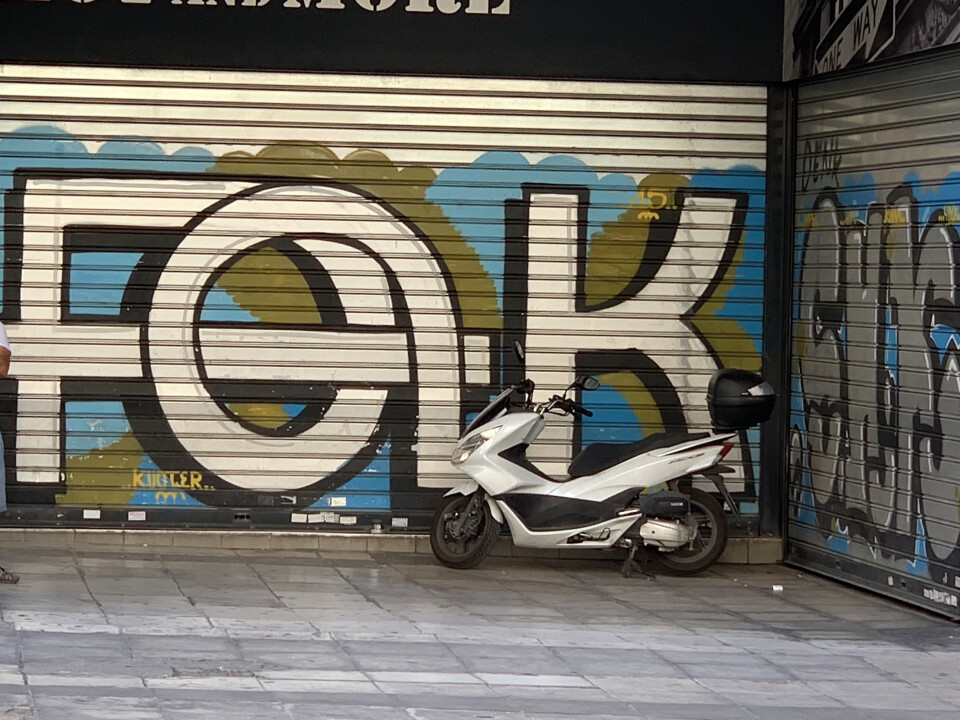 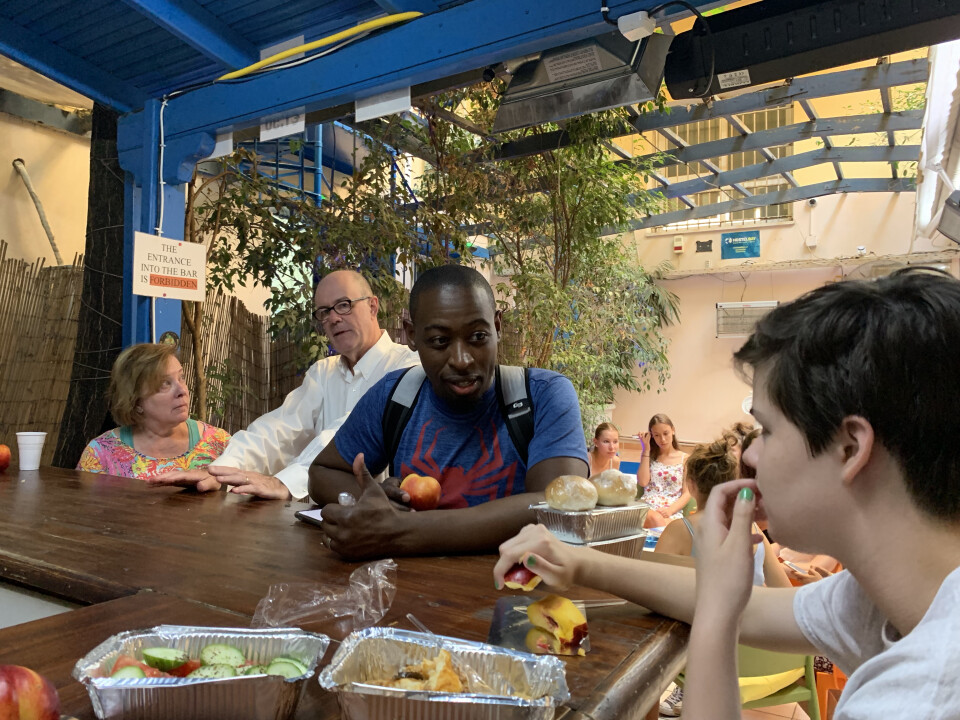 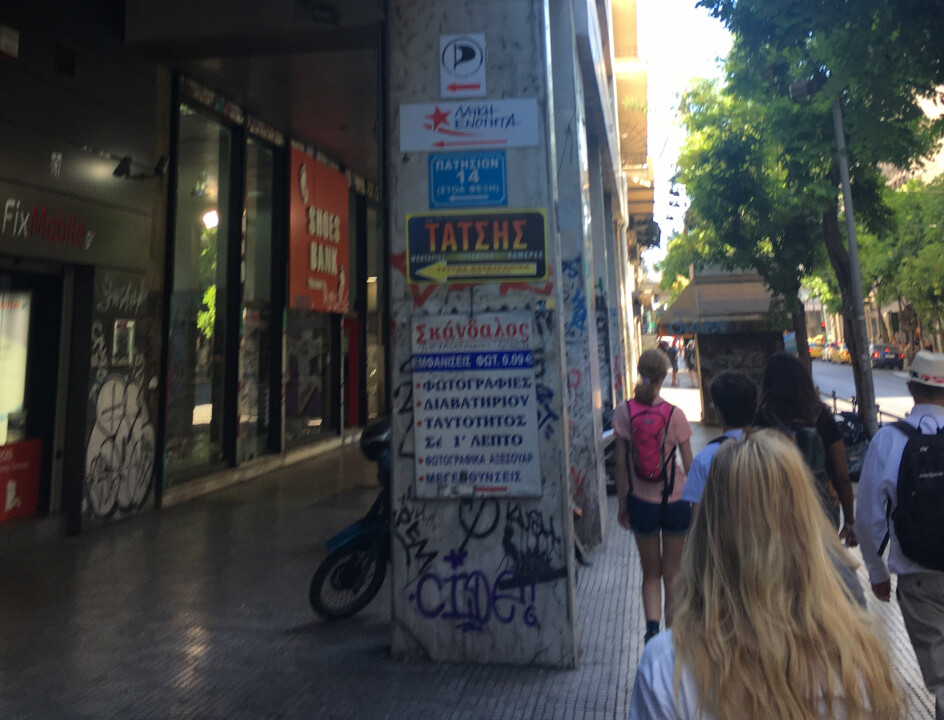 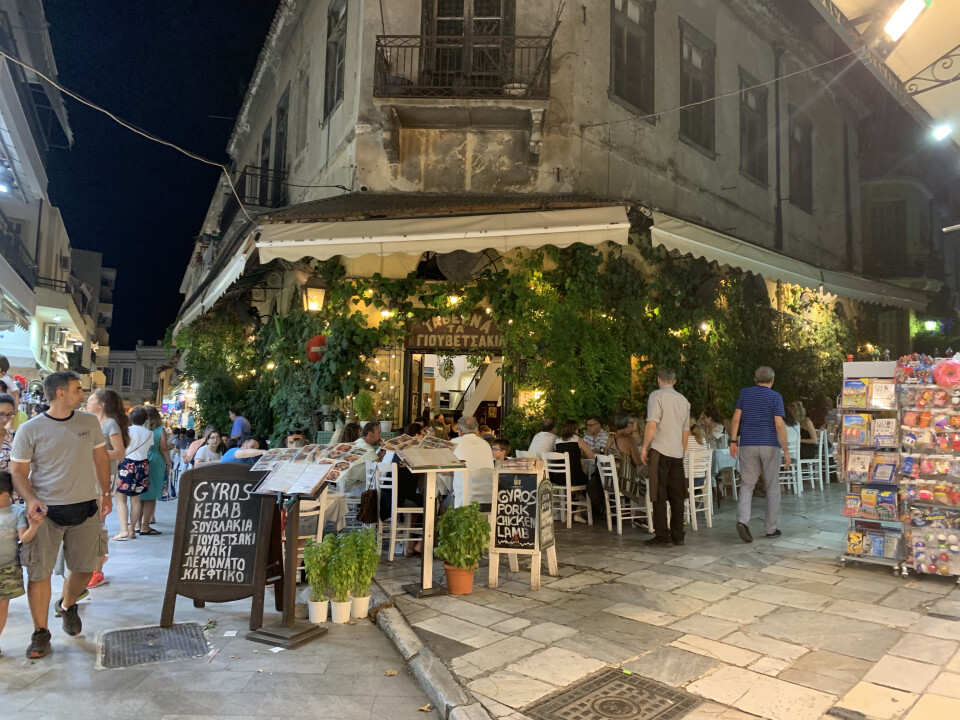 What a wonderful report and so beautifully written!

Such a good writer! Such a wonder-filled trip! Thank you for sharing it with us.

Sounds like a fantastic trip. Peace be with you all.