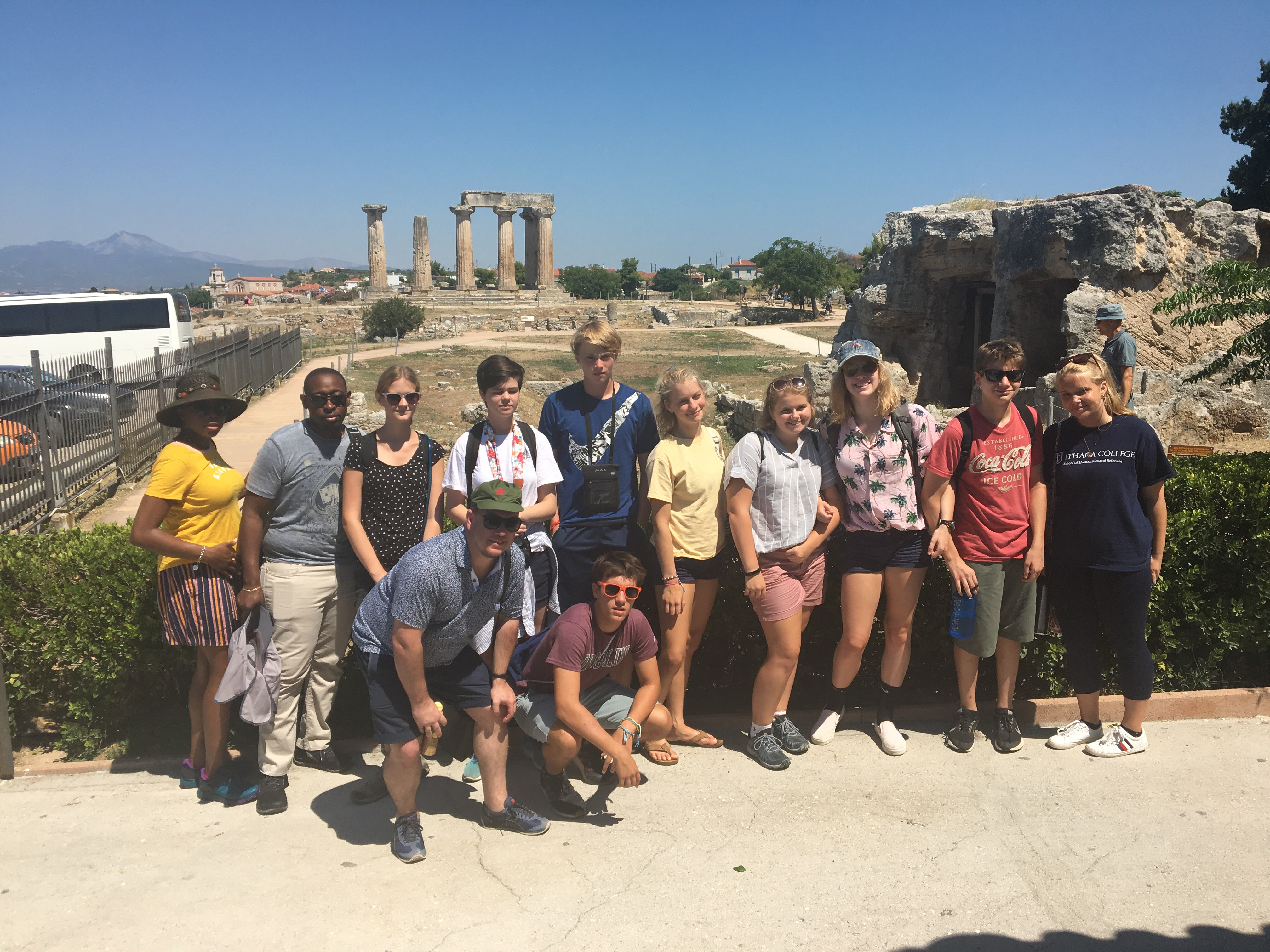 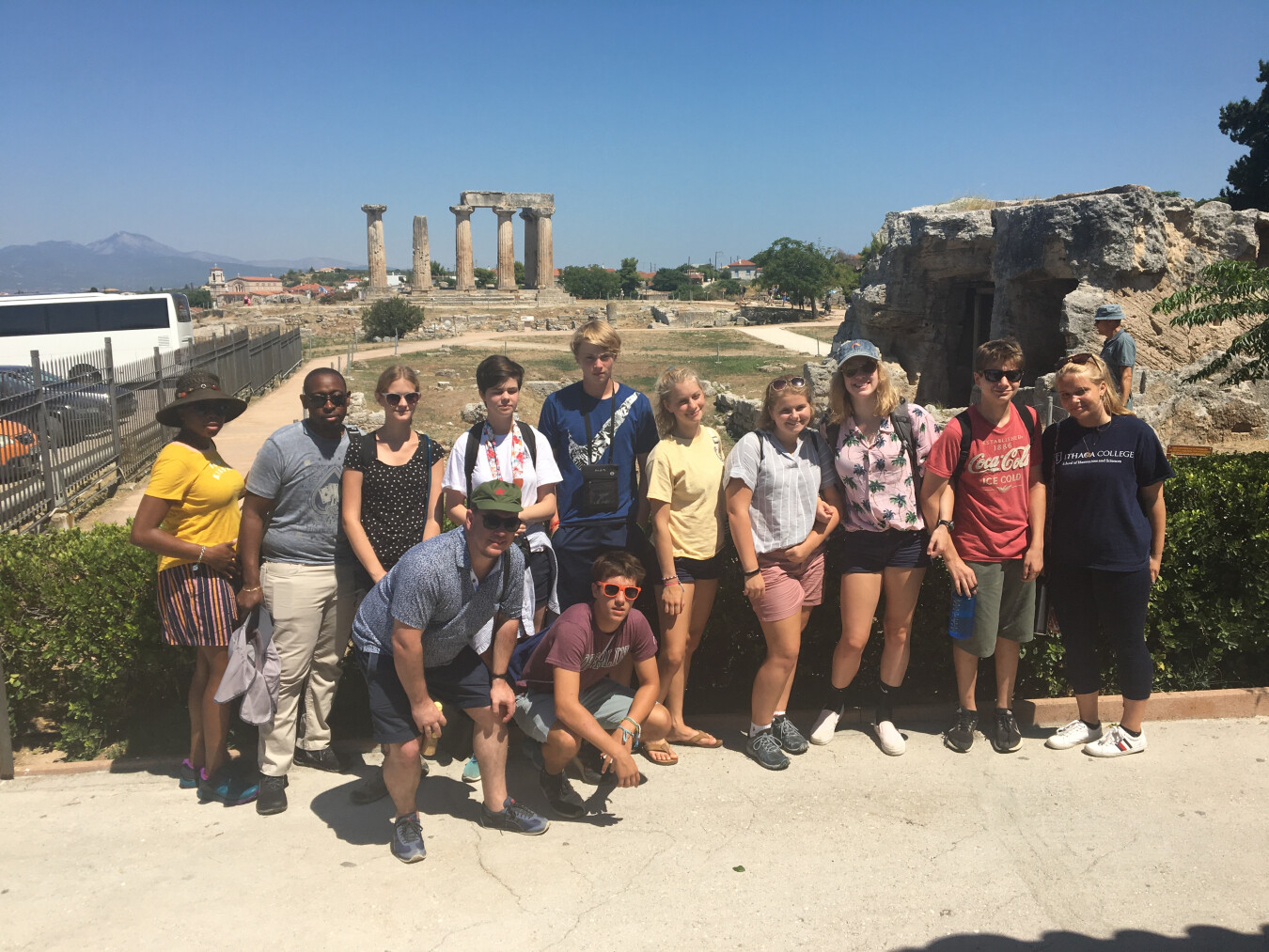 On Friday morning, God and our leaders (but mostly our leaders) blessed us with the privilege of sleeping in. Instead of dragging ourselves half-awake out of bed at 7:30, we were lucky enough to do it at 9:00, and were welcomed by the breakfast of our choice soon after our morning worship. During our service, we read two verses from Ode on a Grecian Urn, a Keats poem we’ve been discussing for a few days now. The urn in the poem depicts mythical scenes, much like the ones we would see on Corinthian pottery later that day, and though I didn’t make the connection until the next morning, it was easy to see why Keats chose to write about such stunning works of art.

After our morning prayers, over bacon, eggs, and toast (or in my case, enough yogurt to sink a battleship) we discussed the day’s plans; we had time for journaling and reflection in the morning, then lunch and the two-hour bus ride to Corinth.

The group split up for reflection time – some got coffee, others prayed or napped, most journaled, but everyone took the morning to think and meditate on the trip so far. I spent most of the time alternating between writing in my journal and sketching the view from our balcony, and before I knew it, lunchtime had come. We walked down the hill to a bakery and ordered sandwiches, which we ate as Brent and our leaders led us up and down the nearby streets. We passed a beautiful Byzantine church, the Greek Museum of National History, and a shopping district packed with people, all of which were beautiful in their own ways. Half an hour and a few thousand steps later, we finally stopped to wait for our van to Corinth, and everyone took the opportunity to sit down and refill their water bottles.

Eventually, we all piled into the van and settled into the air-conditioned seats. It didn’t take long for our guide, Poppy, to jump into the history of the buildings we passed them, as well as the history of Corinth soon after. The rest of the bus ride was relatively calm, (I would think – I slept for most of it) and an hour and a half later we stopped at the canal just outside of the city, and everyone wandered out of the van.

The canal was gorgeous; the waters were a deep, clear blue, and they stretched in both directions towards the Aegean and Ionian seas. In the distance, sharp mountains rose above the water and stood out against the sky, making for a gorgeous picture. I felt like I could’ve stayed on the canal bridge forever, or at least for a few hours, but we had another twenty minutes ahead of us on our journey to Corinth.

Poppy spent the rest of the drive telling us about the ancient city, and we learned about everything from the acropolis of Corinth to the cypress trees that are scattered across the hills. As we drove into the town along the winding road that followed the sea, we could see the ruins from a distance. The temple dedicated to Apollo was the most striking, with thick columns that stood out against the bright blue sky. Once we were all out of the van and past the ticket window, we could see the rest of the city. Poppy continued her commentary as we wandered through the ruins, and many of us stopped for photographs. We could see the ocean, the temple, and the rest of the ruins from the path, and it was nothing short of unbelievable.

After our tour came the museum, which was filled with artifacts from the local archeological sites and even more history; we learned about domestic life in Corinth, the art they created, the Roman occupation, and countless other bits and pieces that helped us better understand the significance of the city throughout the ages.

Soon enough, we were back in the van on the way to Athens – another hour-and-a-half long drive. Even that seemed to be over before it had barely started, and we found ourselves back at the hostel with time to spare. We had the rest of the evening to shower, pack up our things, and reflect on the day, then, after that, it was time for dinner.

Earlier during the trip, our group split into two teams and did the “stone soup” challenge, where each team was expected to find a meal for the whole group with a set menu that totaled under nine euros per person, and tonight was the second group’s time to shine. We picked a beautiful spot just underneath the Acropolis that served everything from stuffed tomatoes to traditional moussaka, and dinner was delicious. Unfortunately, when the check came, we were over budget, but all in all, my team worked together and we ended up with a delicious meal, so I’d say it was all worth the price.

Once we paid our check and thanked the owner, Brent surprised us with a trip to one of the nearby gelato shops and treated us to ice cream before we headed back to the church up the street from our hostel for evening office. The day ended, much like it had begun, with prayer and reflection, and as we all spoke the words to the Lord’s Prayer in the courtyard of that tiny Orthodox church, I knew God was in our midst. 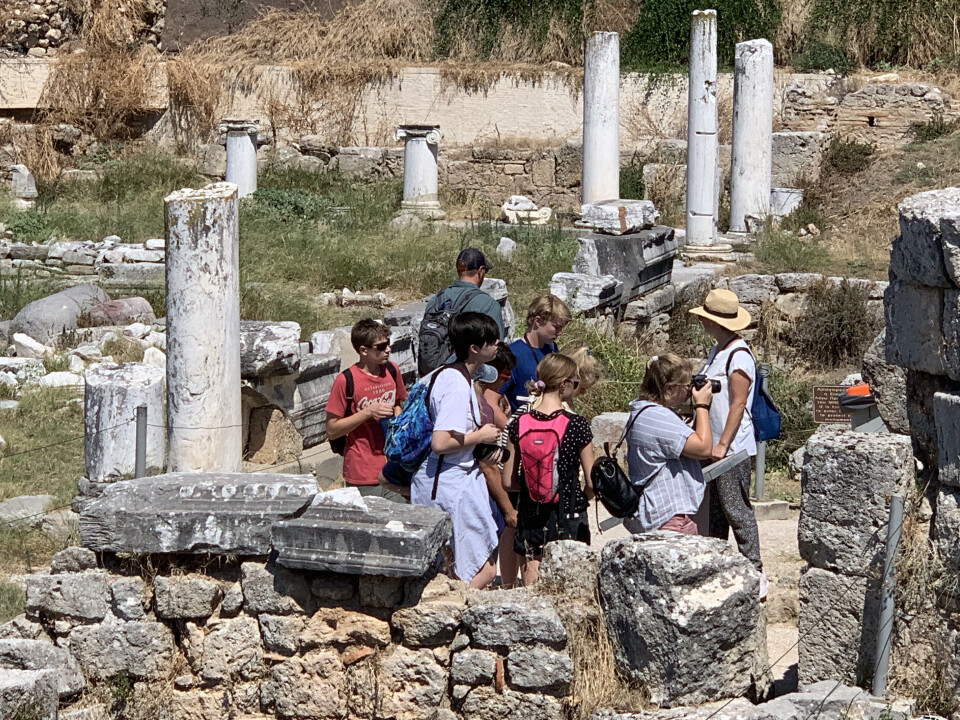 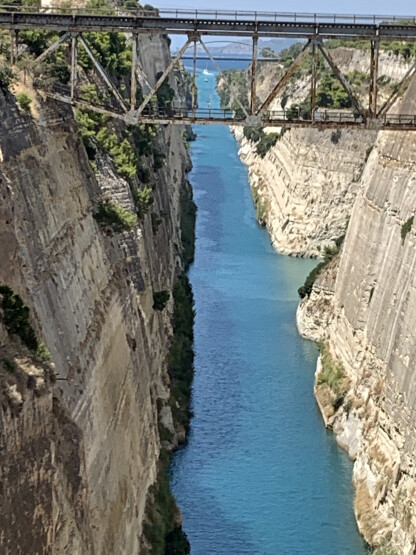 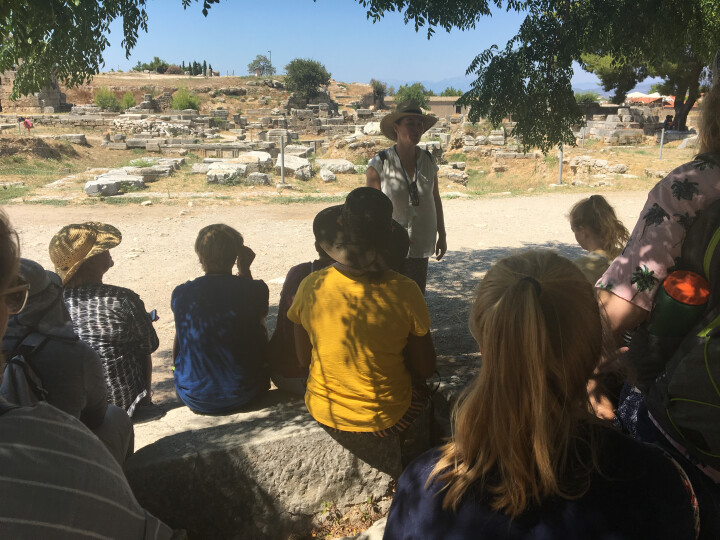 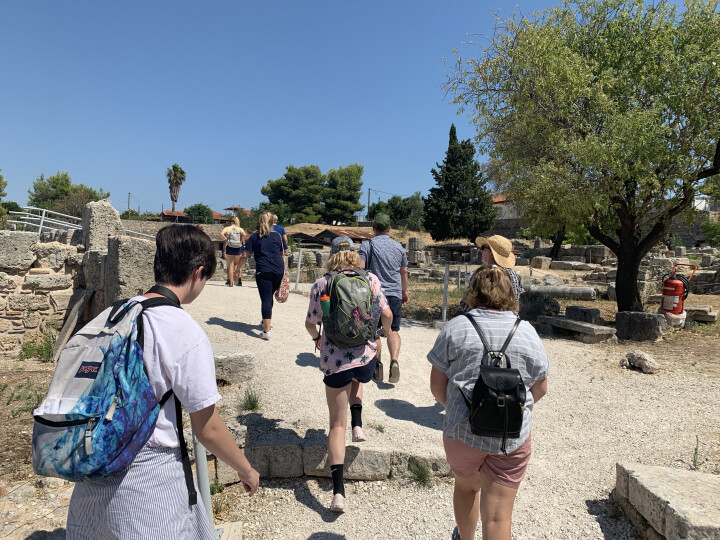 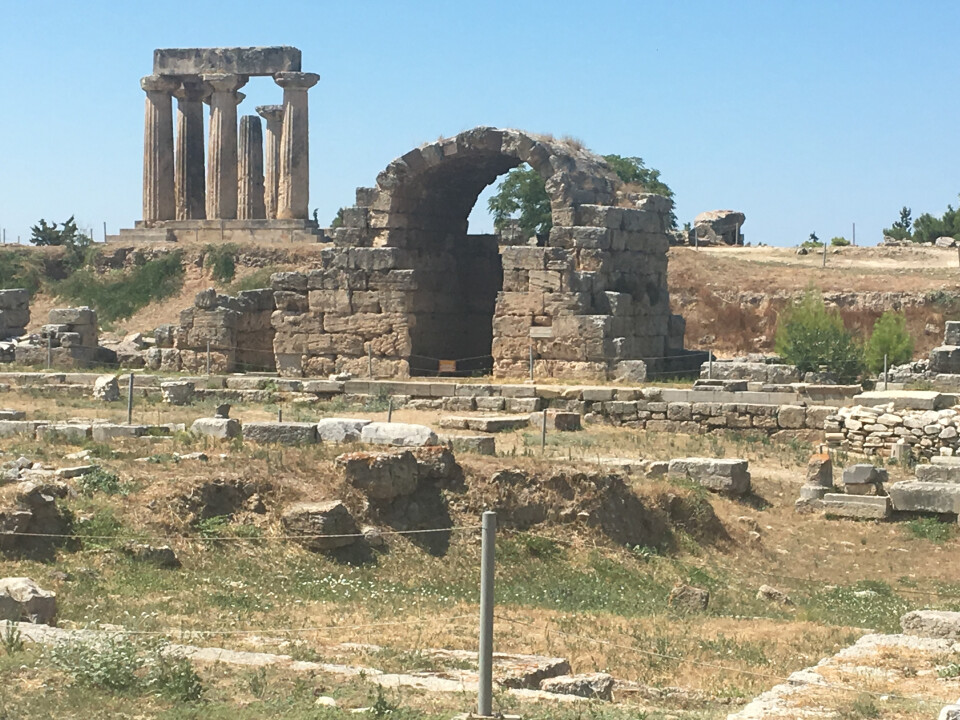